An infusion of new federal funding has prompted the U.S. Forest Service and partners to begin planning for major fuel-reduction projects on Grand Mesa, to better protect watersheds and communities.

The Grand Mesa, Uncompahgre and Gunnison National Forests’ Grand Valley Ranger District has joined with Mesa and Delta counties and the Colorado State Forest Service to create the Grand Mesa Watershed Resiliency Partnership. The Forest Service describes it as a landscape-scale effort to reduce the potential for catastrophic wildfire in critical watersheds on and adjacent to the Grand Mesa.

The Forest Service is planning upcoming community meetings to provide information on what’s being considered and begin seeking community participation in planning to create fire-resilient landscapes.

“This is really a once-in-a-many-generation opportunity for the Forest Service and neighboring communities to work together to really reduce the negative effects of catastrophic wildfire behavior before that fire comes,” said Bill Edwards, Grand Valley district ranger.

The planning is being undertaken now in anticipation of the work receiving significant funding in about two years. Edwards said he doesn’t know how much money will be available, but he said the Arapaho National Forest on the Front Range last year got about $150 million for the same type of work.

He said his “very fuzzy crystal ball” suggests that about $50 million is a reasonable amount of money to plan for, which he called “a lot of money for this type of work, absolutely.”

“… It’s work that we’ve wanted to do for a long time and we’ve just never really had the resources to do,” he said.

The fact that the Forest Service is now anticipating having funds available for local work in just a couple of years is thanks in good part to Club 20’s hosting in March of a summit on addressing the threats posed by fire to watersheds.

At that event, Frank Beum, regional forester for the agency’s Rocky Mountain Region, said that the Forest Service planned to focus work in Colorado in the first few years on the Front Range, where most of the areas at highest risk are. He said that would be followed by work both on the Front Range and in southwest Colorado, and then in areas across the state in the latter years of a 10-year plan.

“I’ll be honest with you, originally, the West Slope was not high on the priority list,” said Edwards.

But he points to the Club 20 event as a turning point in that regard, thanks to the feedback some of the Forest Service leadership there received.

“What they heard kind of changed that mental calculus and it really elevated the importance of the Western Slope watersheds in the regional priorities,” he said.

As The Daily Sentinel reported at the time, the feedback the Forest Service received including Aspen City Council Member Rachel Richards challenging Beum on the Front Range prioritization, arguing it doesn’t do enough to protect watersheds based on the Western Slope and relied on by people on both sides of the Continental Divide.

Just a few days ago, U.S. Rep. Joe Neguse, D-Lafayette, wrote to Beum to voice appreciation for the attention being given to the Front Range, but also request that he “give high priority consideration to wildfire mitigation” in national forest lands of the Upper Colorado River Basin. He pointed to threats not just to water supplies, but to other resources such as ski areas, and Interstate 70, which this summer experienced a number of precautionary closures in Glenwood Canyon when storms threatened to cause flooding where the Grizzly Creek Fire burned in 2020.

Edwards said the Grand Mesa work is focusing on four areas. These include:

■ The Ward and Surface creek watersheds in the Cedaredge area, given their importance to providing agricultural water in that region and municipal water to Cedaredge and other communities, and also due to fire concerns related to Cedaredge’s growth closer to the forest boundary.

■ The Big and Cottonwood creek drainages south of Collbran, where the federal Bureau of Reclamation operates reservoirs that provide hydroelectric power, and the Ute Water Conservancy District gets some of its water.

■ The Mesa Creek drainage south of Mesa, in an area that is seeing the urban interface grow closer to the forest boundary, development is occurring along Colorado Highway 65, and Ute Water and the community of Mesa also get water.

Projects such as mechanical thinning of vegetation and large-scale use of prescribed fire help reduce the threat of big fires that can damage watersheds and homes. Edwards said that beside reducing hazardous fuels, the Forest Service wants to do some ecological work as well. It also wants to work with partners like the Colorado State Forest Service, the West Region Wildfire Council in Delta County and Two Rivers Wildfire Coalition in Mesa County on private-land work next to national forest land to reduce the risk posed by wildfire.

“I’m really excited about this,” Edwards said. “Something like this does not come around very often and I hope we can really do some good work in a short amount of time.”

Partners in the Grand Mesa work already have been holding informational sessions with entities such as local governments, utility companies and water producers, but are now looking to inform community members and encourage them to participate in planning. The outreach includes the following open houses: 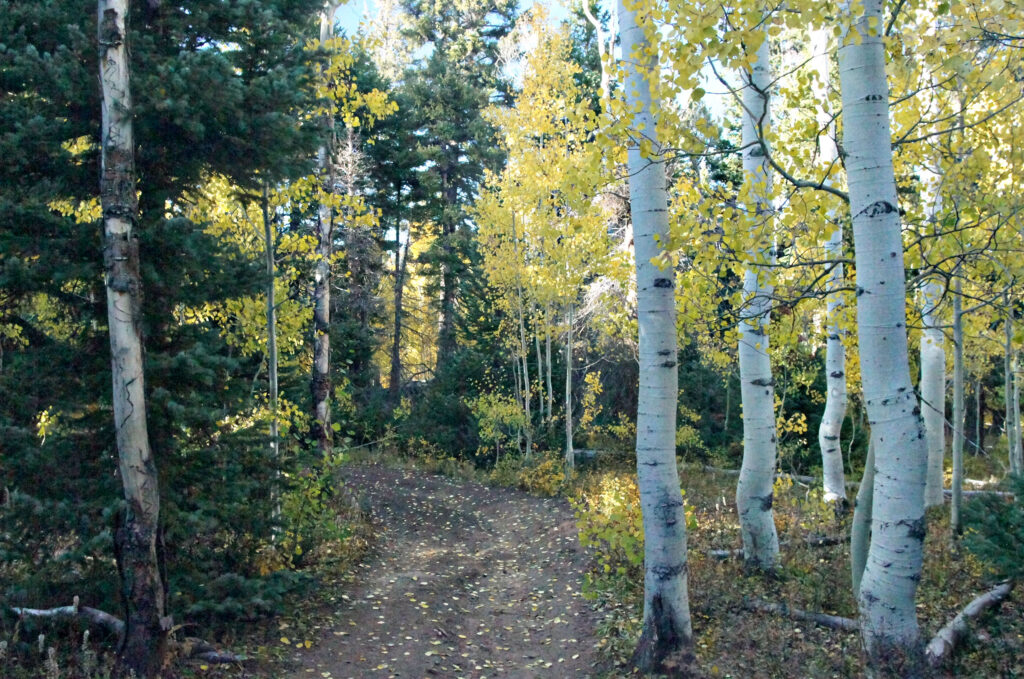 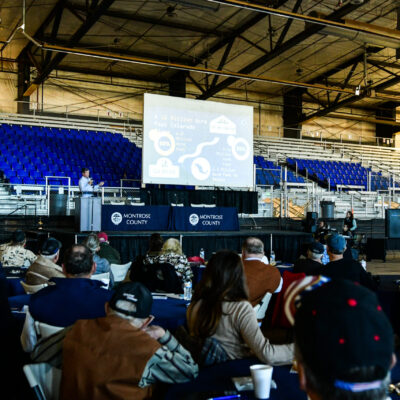 Watch the live stream recording from the 2022 West Slope Water Summit that occurred on... 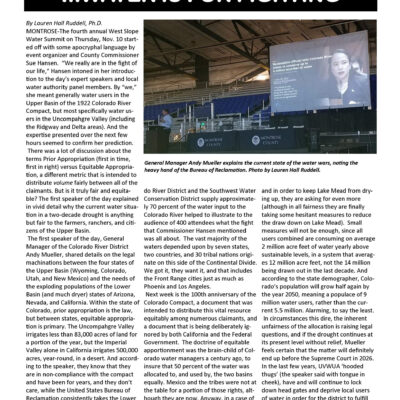 As originally published in the Montrose Mirror on November 14th, 2022 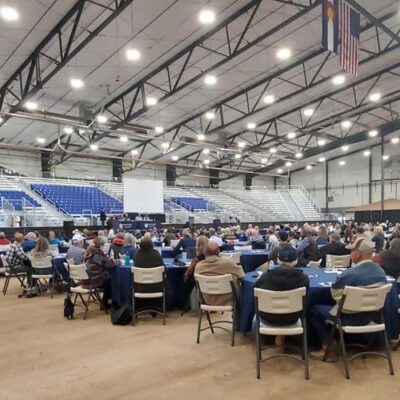 As seen in the Montrose Daily Press on November 11th, 2022 in article by Katharhynn... 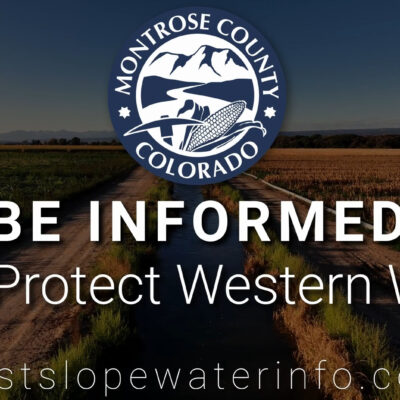 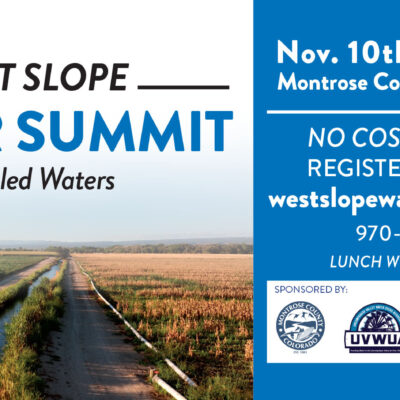 Registration is now closed. We welcome you to watch the Free Live Stream. Check back... 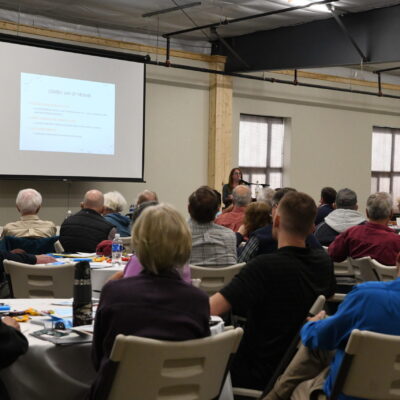 If you are going to walk, jog or bike along the canals, be sure you know how to do so safely. Canals can be very dangerous, so please follow these canal safety tips to avoid drowning or injury.